Recently, the Military Writer’s Society had their annual Book Conference and Awards Banquet in San Antonio, Texas. What is it about a conference that brings you back motivated, energized and ready to write?  Networking! 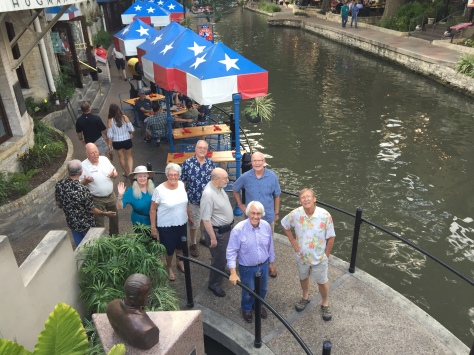 The MWSA is chocker-block full of fantastic talent.  A group made up of active and retired military, military buffs, historians, writers, poets, and educators. The group spans several generations.  The youngest author?  A lovely, young, military dependent all of age 12, Grace Remey! There were representatives from World War I, World War II, Vietnam, Afghanistan and Iraq.  Navy, Army, and Air Force.  What a collection of talent in one room.

The program’s theme was World War I this time, but there were presentations not only relating to history, but panel discussions and “how-to”s.  I was lucky enough to serve on a panel discussing Social Media and its impact on book marketing and networking.  Members included MWSA Awards Director, John Cathcart; award winning author Jack Woodville London; historian Dana Tibbetts and was moderated by MWSA board member Valerie Ormond.  Valerie, a retired naval officer is one of AgeView Press’s Valerie Ormond Belle of Steel.

Set at a historic and supposedly haunted hotel, The Menger, the locale was a perfect backdrop for a conference group that loves history.  The Menger sits directly across from the Alamo.  Many famous authors have written at The Menger such as Robert Frost and Oscar Wilde.  One couldn’t help but be inspired, not only by the architecture but the hotel’s grandeur and reputation.

The three day event provided a service program to veterans at San Antonio Medical Center.  “Telling your Story” focused on writing as therapy for PTSD.  Just gives you chills doesn’t it?  While there, a load of books from writers of the MWSA were donated.   One of the most popular talks was given on anthologies, which are collections of stories, either by one author, one subject or multiple authors.  Examples and standards of how to run a writer’s group were also a part of that presentation by Navy pilot Jim Tritten and Pat Walkow from the Corrales Writing Group of New Mexico.

On Saturday, the premier event was the 2017 MWSA Book Awards.  There were approximately 79 books submitted for scrutinization and review.  Many didn’t make the cut. A select few made the lists as finalists.  Awards of gold, silver or bronze medals were awarded based on strict criterion.  One of my books, Eternally at War was awarded the bronze medal in the category of memoir.  Admist this room of excellence, I was humbled. 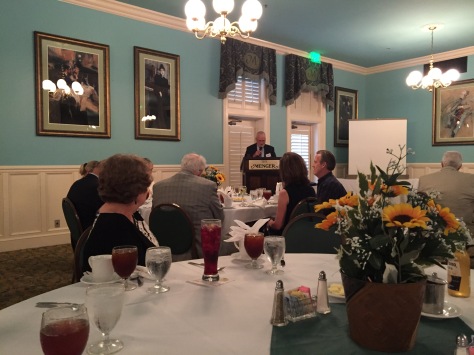 If you have an interest in the military and writing, this is definitely a group you should check out.  Warm, welcoming, and advisory – they uphold a superior standard of literature.