It’s the doorbell that no one ever wants to answer.  “There’s been a horrific accident,” 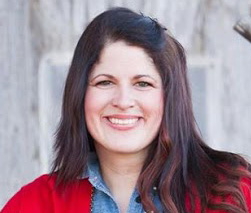 explained the policemen.  “It’s your husband.” Emily, a young wife and mother of two fell to her knees on the floor. There had been a car accident on Highway 66 in Rockwall. “Oh my God,” she cried out through tears.  “Is everyone okay?” But everyone wasn’t okay.  A vehicle had struck her Garland Fire Department husband’s car from the side.  The impact caused it to spin violently and roll with their oldest child.  Rockwall Fire Department was on scene. Her husband Devon was trapped inside the vehicle. The jaws of life were being used to cut him out. The car seat of her child was covered in glass shards, but miraculously he was unscathed. In just an instant, Emily’s life changed forever.  It was seven days before Christmas, 2012.

Emily threw her things into a bag and frantically called her mother to drive her to Parkland, one of two major trauma centers in Dallas, TX.  According to the policeman it was controlled chaos and they were still cutting Devon out of the car. He was alive, but in critical condition.  In the trauma bay at Parkland, there were already thirty Garland firemen surrounding her for comfort.  “He’s gonna be okay. We promise.” But he wasn’t. Not totally. The next bad news Emily would hear was from the ER physicians.  Devon’s spinal cord had been sublux’d, or pinched at cervical spine number four. This dashing, young, strong fireman became a quadriplegic at age 29.

Emily’s mother, a nurse, knew what that would mean. Devon would never walk again. Never run again. Never be able to put out fires, the job he loved, again. He would live the rest of his life in a chair with wheels. For most young women, this would be the kiss of death to a relationship; just too large a tragedy with which to cope. Because at first, everyone is helpful. Everyone is there. But it’s the heavy burden of long term care. Bathing your husband. Toileting your husband. Helping him to dress. Finding uncomfortable challenges with intimacy. Helping him find meaning in life. Thank goodness for the brigade of Garland and Rockwall firemen who came to their aid.

The first few months were pure torture. Rollercoaster’s of hope and despair. Their tiny home was not wheelchair accessible. But it wasn’t just the pragmatic day to day. Emily was exhausted from the protracted hours at rehab and caring for their two small children. She was bereft of energy or strength. She missed her husband’s caress. She missed the way he made love to her. She felt alone and, at times, hopeless. She had only one thing – her faith in God. She trusted in God’s love to win the day.

Over months, Devon slowly gained the ability to power his chair with his hands and shoulders.  He regained some gross upper body movement. Emily gave in to the generous charity and time that people provided so that she could get meals on the table and care for her children. Through it all though, she never considered this her rock bottom.  This was just another challenge that God had laid before her.

For years ago, Emily had indeed hit rock bottom. She was a gorgeous young twenty-something. Her life involved parties and partying. She dabbled in drugs and had become an addict; even when she had first met  Devon. She was at her lowest low. “My only option was to go up. I wanted to leave a life story worth knowing and reading. Not a life story of worthlessness and addiction. I chose to ‘forget about it – and left drugs behind. I chose joy.”

Upon that decision, everything changed.  Emily had a new focus on life and chose living. So she channeled that same strength in overcoming Devon’s accident. It had to have meaning. So many people had given to them to help them survive a life of quadriplegia, she had to give back. Emily started The Colbert Project, a non-profit foundation which raises money to bridge gaps for other facing financial ruin from tragedies throughout the fire community brought on by illness or off duty injury. Their mission?  To do behind the scenes work so that all the glory is given to God.

At their first event, a silent auction and ball, the seed money was raised. Now three years later, The Firemen’s Ball is one of the largest fundraisers of its kind in the Dallas area.  They have raised thousands of dollars to assist three families on a large scale and helped countless others with hospitalization care packages, gas cards, grocery money and so much more. 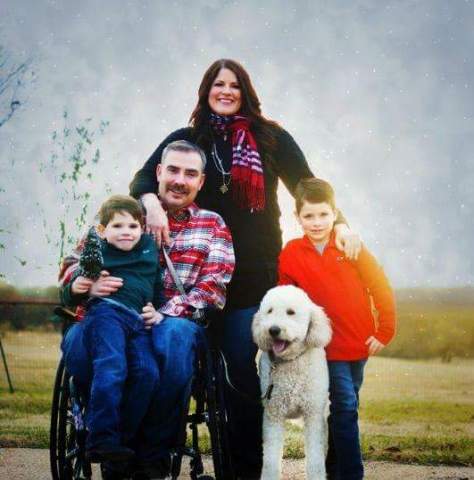 Emily believes that because God blessed her little family, it is her job to return the goodness.  As a mere high school graduate, “Never in a million years would I have seen myself where I am today.”  She is a mother of two lovely young boys; the wife and life-long partner to a husband with quadriplegia; Chairman and CEO of The Colbert Foundation.  “This is a path that God chose me to tackle. I want to be remembered as a warrior doing good for others, not someone of stature in society.”

The people in life that most inspired her and mentored her to overcome are her grandmother and her parents.  “They are beautiful, unique creatures inside. That’s what counts.”  Despite her success, Emily is extraordinarily humble.  “I’m no one special. I’m just me. I live minute by minute, day by day. I never expected to face the challenges in life that God sent me.  I’m living and screwing up just like anyone else. I really don’t see myself as a Belle of Steel, although I am honored.  I just walk in hope each day. In that hope, I pray to kick some ass along the way.  Maybe that’s what makes me a Belle of Steel. Bam!”

For these reasons and seeing/watching with joy as another strong women overcomes, AgeView Press is proud to celebrate Emily Allen Colbert as its fifteenth Belle of Steel. 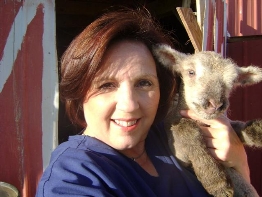